Learn about history with HistoryApps.co.uk!

Discover these fun, informative apps for kids to help them learn about history. From the Big Bang to our times, Take a trip through history, discover the birth of planets, the solar system, the beginning of life on earth, early humans and the civilisations of the past, find out about Ancient Egypt, ancient Rome, ancient Greece, learn facts about the medieval times,  and the great discoveries of the renaissance. Find out about the french revolution, The industrial revolution, the first and second world war, and much more.. 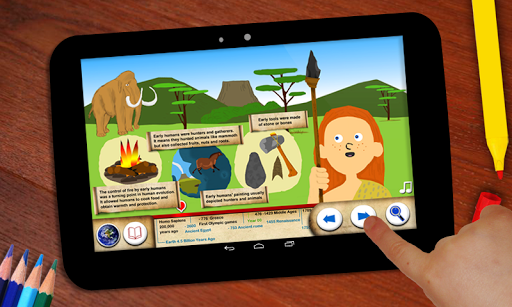 The Ancient roman for iPad / Android

World war One For kids. on iPad / Android

The French Revolution on your tablet

FREE APPS of the WEEK